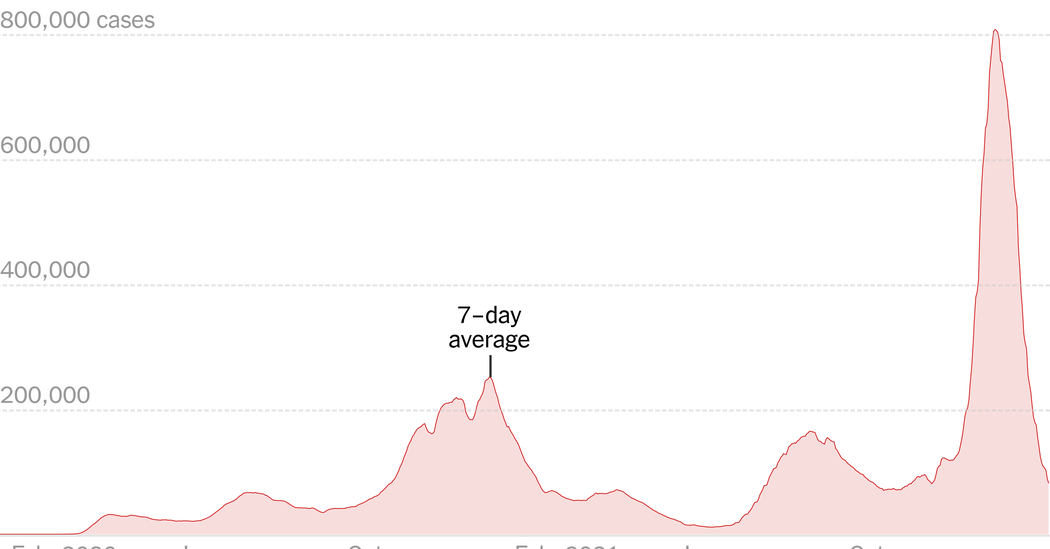 The makers of a new coronavirus vaccine announced results from their clinical trials today — and they are very promising.

The pharmaceutical companies, Sanofi and GSK, which are based in Europe, said two doses of their new Covid vaccine achieved 100 percent efficacy against severe disease and hospitalizations. The new vaccine had an efficacy of 75 percent against moderate to severe disease.

It showed 58 percent efficacy against symptomatic disease in its Phase 3 clinical trial. That is a lower number than in initial Pfizer and Moderna trials but “in line with expected vaccine effectiveness in today’s environment dominated by variants of concern,” Sanofi and GSK said in a statement.

The companies also said that the new shot could be an effective booster. When used as an extra dose after one of the other available coronavirus vaccines, it increased antibody levels by 18- to 30-fold. The vaccine was safe and well tolerated by adults of all ages, the companies said. The data has not yet been published.

The new vaccine, one of four that received funding from the Trump administration’s Operation Warp Speed program, is based on a conventional approach. The best target for Covid vaccines is the spike protein that covers the surface of the virus like a crown, and the Sanofi-GSK vaccine uses a slightly modified version of the protein to stimulate an immune response. The mRNA vaccines, by contrast, contain the genetic instructions for making the protein.

This familiar approach may persuade some people who have been hesitant to adopt the newer mRNA technology. Protein-based vaccines are also relatively inexpensive to manufacture and may not require the ultracold storage needed for the mRNA vaccines, making them more likely candidates for use in African nations where vaccine coverage is still low.

The companies said they intended to submit the vaccine for authorization in the U.S. and Europe. They were expected to seek authorization last year, but clinical trials showed disappointing results in older adults. They then developed a stronger version for new trials.

The end of mask mandates on airplanes?

In-flight and airport mask requirements in the U.S. have been among the most contentious virus measures throughout the pandemic. In 2021 and early 2022, the F.A.A. reported 6,300 unruly-passenger incidents — more than 4,500 of them related to masks.

The mandates are scheduled to be lifted on March 18 in the U.S., and despite previous extensions, this time they are on track to expire, a spokeswoman for the T.S.A. said last night.

The move will come weeks after some local and state authorities across the country began lifting mask orders as new cases plummeted. But many flight attendants say it’s still too soon.

A flight attendants’ union is pushing the Biden administration to extend the requirement until more people are vaccinated, saying that ending it would endanger medically vulnerable travelers and passengers under 5, who have not been authorized by federal health authorities to receive the vaccine.

The Biden administration imposed the mask rule on flights a year ago during a brutal rise in cases across the country, before vaccines were widely available. Those who did not comply were subjected to fines. Officials extended the mandate twice as deadly waves of the virus washed over the nation.

Some airline executives have questioned the efficacy of masks on planes. At a Senate hearing in December, Gary Kelly, the chief executive of Southwest Airlines, said, “The case is very strong that masks don’t add much, if anything, in the air cabin environment.”

Experts have said that while HEPA filtration systems on planes are highly effective at reducing the spread of the virus, they are not ironclad, and masks add another layer of protection.

If you’re planning a wedding or other big event or have held one during the pandemic, we’d love to hear from you. We’re looking for your best advice on hosting it safely and on the pitfalls that may await others who are trying to make one happen.

If you’d like to participate, you can fill out this form here. We may use your response in an upcoming newsletter.

What else we’re following

I have returned fully to normal life. I go to bars, I eat in restaurants, I attend large gatherings. I never wear a mask. I am highly educated and have my booster, and will get another as soon as officials recommend it. I just am not willing to live in fear all the time. If some superlethal variant evolves and ends humanity, I’m OK with it. If I die because I have a heart attack or something and there’s not enough medical personnel to care for me, I’m OK with that, too.

Let us know how you’re dealing with the pandemic. Send us a response here, and we may feature it in an upcoming newsletter.

Sign up here to get the briefing by email.

Email your thoughts to [email protected].