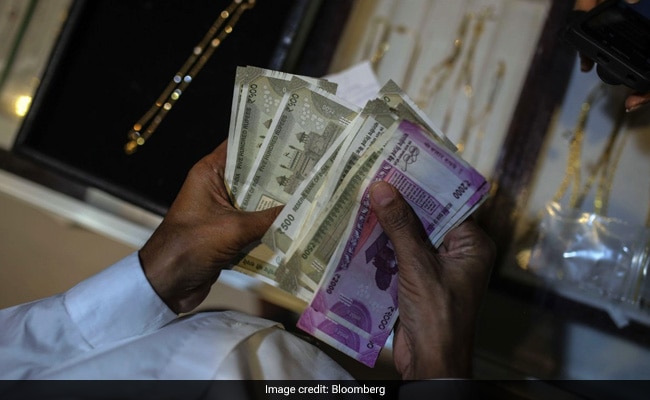 
India has surprised the payments world by announcing that its central bank will issue a digital currency as early as the coming financial year, a crucial decision that most other major economies are refusing to make in a hurry. According to Finance Minister Nirmala Sitharaman, an electronic representation of India’s legal tender will give a big boost to its digital economy. How valid is that claim, and how risky is a hasty transition to a central bank digital currency, or CBDC?

A digital rupee will be like banknotes, but minus the ATMs. Users will be able to transfer purchasing power from their deposit accounts into their smartphone wallets in the form of online tokens, which will be a direct liability of the Reserve Bank of India — just like cash.

Retail access to the central bank’s IOUs may not be a big deal in countries with well-capitalized financial systems. But this is a major benefit in India. As researcher Bhargavi Zaveri observes in the blog IndiaCorpLaw, depositors at 21 Indian lenders have been restricted from withdrawing their funds due to bank distress in the last few years. “A CBDC, which is a liability of the RBI, will mitigate the risk of losses that Indian depositors face when dealing with commercial banks,” she says.

Consumers may find the digital rupee to be a safer alternative to bank deposits, which underpin Rs 76 lakh crore ($1 trillion) in annual real-time payments via apps such as Walmart Inc.’s PhonePe, Alphabet Inc.’s Google Pay and the homegrown Paytm.

But therein lies the risk as well. If electronic cash becomes popular, and the RBI places no limit on the amount that can be stored in mobile wallets, weaker banks may struggle to retain sticky, low-cost deposits. And even as they lose that cushion, lenders may be reluctant to shed their loan assets and sacrifice profits. Their less-liquid balance sheets could leave them vulnerable to bank runs.

All economies are mindful of this threat to financial stability. Yet, advanced nations also worry about the dwindling use of banknotes, especially after the pandemic. As more purchases go online, the basis of trust in demand deposits — that they convert to cash at face value — might get reduced to a theoretical construct. A digital currency as a public utility could keep the notion of convertibility grounded in daily reality.

In India, though, there’s no such urgency because cash is far from dying. Banknotes account for about 15% of money supply, compared with 1% in Sweden. Yet, the Riksbank is in no hurry to embrace CBDCs. After five years of weighing different architectures and running pilots, the Swedish monetary authority is still to take a final decision on whether to issue an e-krona.

The U.S. Federal Reserve is seeking the public’s views on whether to provide an official tender to compete against private stablecoins riding on the dollar as the world’s most popular unit of account. The digital euro is in a 24-month investigation phase. If all goes well, the European Central Bank may offer it by 2025. Japan may delay a call to 2026. After judging the risks and rewards, Singapore has taken a pass on CBDCs for now.

India’s rushed deadline seems to be at least partly a response to the growing popularity of cryptocurrencies, though it’s hard to see how an unremunerated means of payment can wean the public off the get-rich-quick lure of a speculative asset class.

The other reason for hurry may be a desire to head off China, which is showcasing the digital yuan at the Beijing Winter Olympics. By early November some 140 million individuals had signed up for the e-CNY. But even in the People’s Republic, there is no national rollout date, and Alipay and WeChat Pay retain their stranglehold on electronic payments. Besides, Beijing’s intention to promote a rival to the dollar in cross-border trade and finance — which is presumably what worries New Delhi — will only become clear after the digital yuan makes its appearance in Hong Kong, perhaps via the wealth connect plan for the so-called Greater Bay Area.

Any role for a digital rupee in India’s fast-growing online economy is fuzzy. Unlike perfectly anonymous cash, most CBDCs will be designed so central banks will have the power to trace spending to check money-laundering. However, transactions conducted with them may not be visible to payment apps. The fintech industry may lose access to some of the data that it is currently mining with artificial intelligence to make cheap loans available to those who do not possess collateral or business and tax registrations, such as mom-and-pop stores. 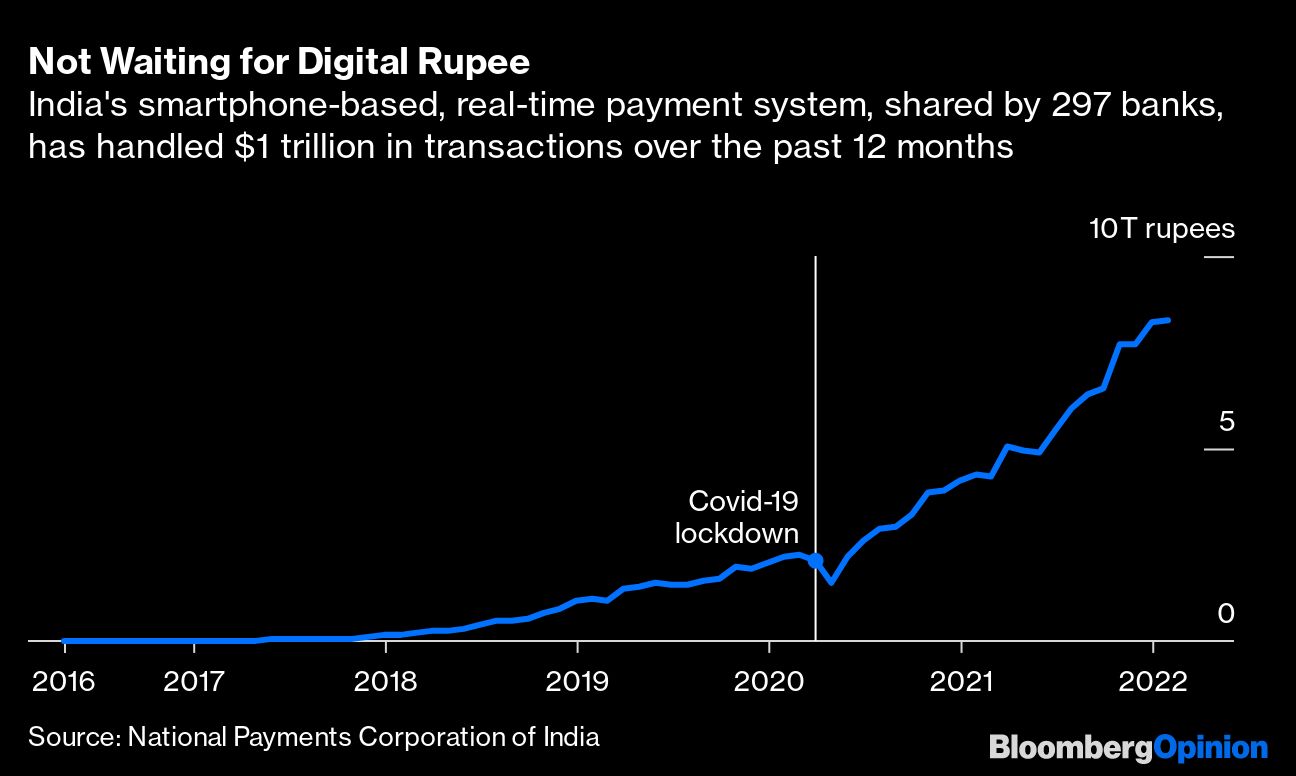 There will also be gains, though they won’t be immediate. Once international corridors are in place for exchanging one CBDC into another, there won’t be any need for an expensive network of correspondent banks to settle cross-border payments. For Indians working abroad, sending money home will become simpler and cheaper, leading to substantial savings for the world’s No. 1 recipient of foreign remittances. However, some of those benefits are possible even without a digital rupee, via a global network of bank-based online payment systems. One such proposal is Bank for International Settlements’ Nexus project.

A digital rupee may well be a boon. For one thing, it may not be a bad idea for the monetary authority to use technology to put bank managements on notice: They need to stop taking depositors for granted. Still, that lesson is probably best administered after lenders have put the pandemic-related stress on their balance sheets behind them.

Besides, the RBI needs to do its homework. The technology, blockchain or otherwise, will need to balance the often-conflicting goals of speed, scalability, auditability, security and privacy, something the Fed is attempting to do as part of its Project Hamilton initiative. Given India’s still-vast digital divide, a protocol for offline use has to be worked out. Rushing the implementation of what should ideally be a multiyear project may be fraught with unnecessary risks.

How Will The New Cryptocurrency Tax Be Calculated? A Deep Dive